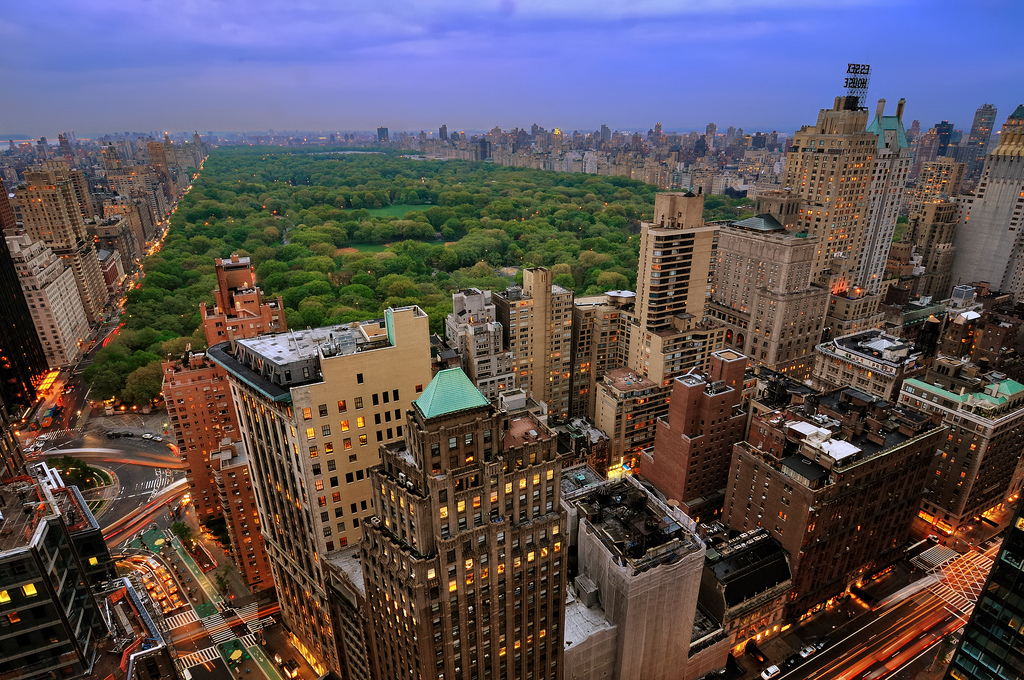 UN Climate Summit Puts Forests Front and Center – But Will it Matter?

By Charles Barber More than 125 heads of state and government and numerous captains of industry, scientists, celebrities, and activists gathered in New York City this week to talk about climate change. On Sunday, some 400,000 people marched through the streets of Manhattan demanding that they do more this time than just talk. Forests got a lot of attention in all of this. Why forests? First, the cutting, burning, and clearing of forests is responsible for 12-20 percent of greenhouse gas emissions, roughly equal to what comes from planes, trains, and automobiles the world over. Second, growing trees on the planet’s more than 2 billion hectares of degraded land is a very good way to sequester carbon from the atmosphere, and has many other benefits for people and the environment. Third, major industrial sectors responsible for the lion’s share of greenhouse gas emissions are banking on reducing deforestation and forest restoration as a cost-effective way to reduce emissions from their own activities. Together, many of the leaders at the Summit unveiled “The New York Declaration” on forests, which many hope will inject life into efforts to reverse forest loss (Read WRI’s statement on the New York Declaration here).

Unpacking the NY Declaration on Forests

While the Declaration is not an “official” UN agreement—and has been carefully worded to avoid the appearance of commitments being binding—it is a positive development. If governments and business take it seriously going forward—and civil society watchdogs hound them sufficiently to do so—it would yield significant impacts. The Declaration contains two particularly important commitments:

WRI has joined in endorsing the New York Declaration. First, we will redouble our efforts to further develop and encourage the use of Global Forest Watch as a key platform for monitoring anti-deforestation and restoration commitments. Second, we have joined with IUCN and many others in a Global Restoration Initiative to turn the restoration pledge into reality. This supports implementation of the Bonn Challenge and the work of the wider Global Partnership on Forest Landscape Restoration, as well a number of inspiring emerging regional initiatives. We now have a number of tools to help achieve the New York Declaration’s goals that weren’t available even just a few years ago. Global Forest Watch’s data sets mapping tree cover extent and loss can help set a baseline and monitor our progress towards the goal of no natural forest loss by 2030. New analyses from groups like Forest Trends are identifying the amount of illegal deforestation in commodity supply chains. Transparency initiatives like the Open Government Partnership can lead to more public reporting on forest and land use, which helps citizens hold leaders accountable for their commitments. And on the restoration side, we now have global maps of where the opportunities for forest and landscape restoration lie and assessment tools that show national leaders where they can start their restoration efforts.

Looking Back and Looking Forward

But the challenges remain immense. The global economy still rewards agricultural commodity production that comes at the expense of forests. Restoration efforts need to be scaled up rapidly if we are to achieve our targets. And forests still have to be thoroughly mainstreamed into efforts to combat climate change. President Obama neglected to mention forests even once in his widely covered climate speech Tuesday. Now that the summit is over and the delegations are heading back to their home countries, it’s useful to reflect upon the place they left behind, New York, the namesake of the new Declaration. The island of Manhattan, though now one of the most densely populated places in the world, was once almost entirely forested. The island of “Manahatta” as Henry Hudson found it in 1609 would have hosted more than 70 species of trees, 627 species of other plants, 233 species of birds, and 24 species of mammals. Although New York is now a valued global hub for finance, culture, and government, it is worth remembering that such development comes with a cost. The New York Declaration is a good step on the path to ensuring that we preserve our natural heritage and the benefits it provides as the world continues to grow.