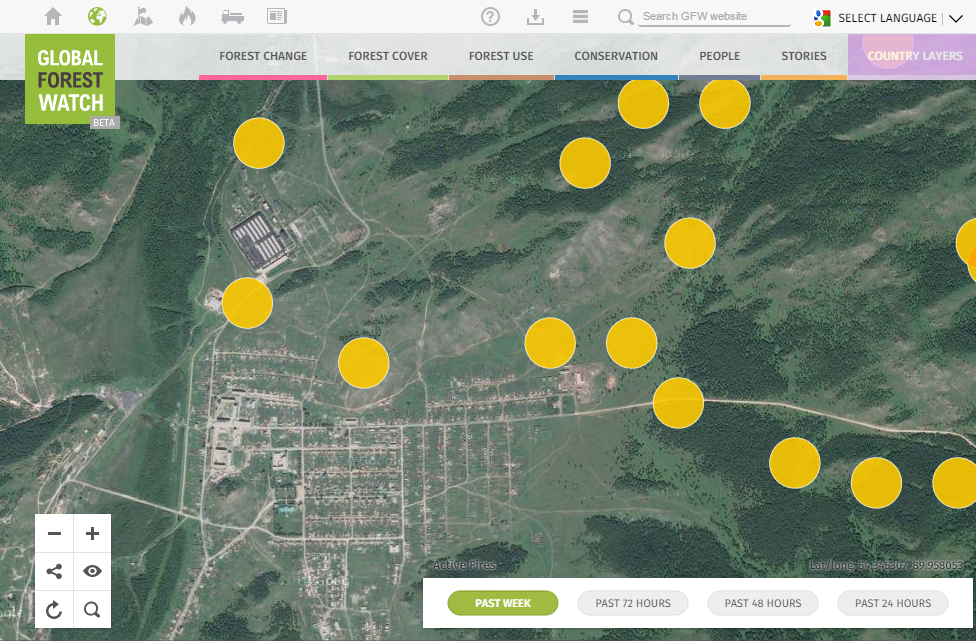 Map of the Week: Forest and Land Fires in Siberia Turn Deadly

Forest and brush fires claimed at least 29 lives last week in the southeastern Siberian province of Khakassia, Russia. Thousands more have been displaced from their homes by the encroaching flames. According to news reports, the fires may have been started by local farmers burning their fields.  Strong winds may have caused the fires to burn out of control. The fires are large enough to be detected by NASA satellites and viewed on Global Forest Watch.

Fires burn in the forests surrounding the town of Tuim, Siberia, and encroach into the town itself. 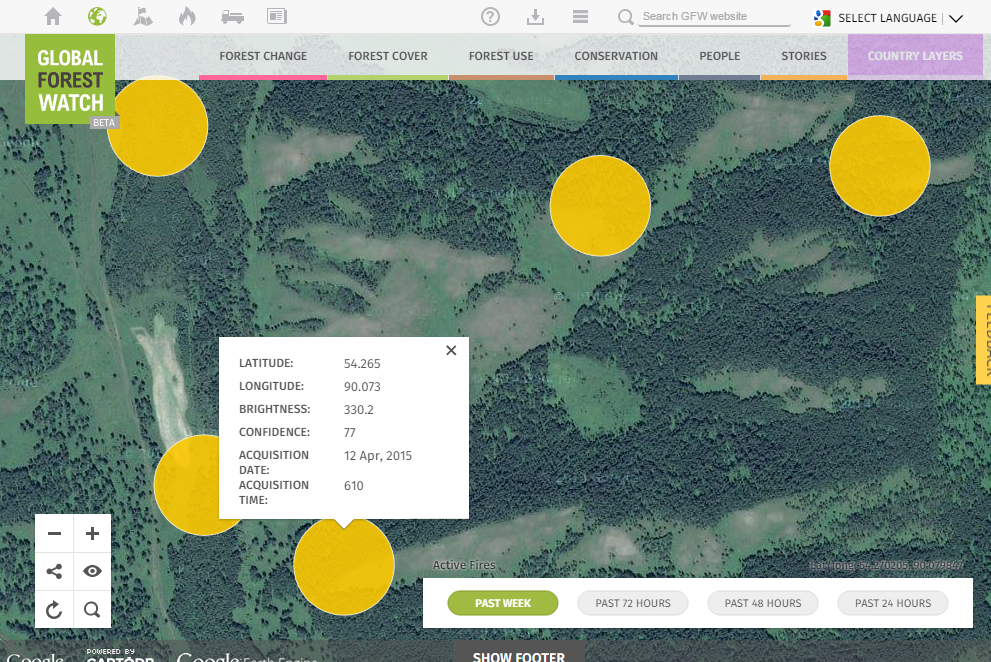 The fires come on the heels of recent analysis by Global Forest Watch of data from the University of Maryland and Google that show a steep increase in tree cover loss from fires in Russia in recent years. Dimitry Aksenov, the director of Russian NGO Transparent World and GFW partner, was quoted in the Guardian, “In Russia, according to official statistics and to experts, the dominant amount of fires are caused by humans.” As many as 90-95% of fires in Russia are ignited by human interventions.”