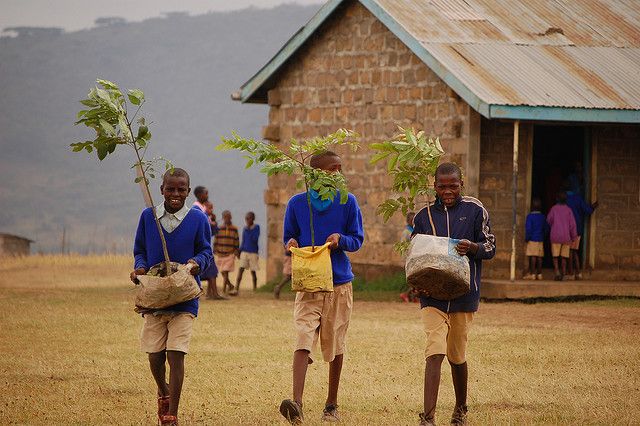 Ethiopia Commits to Restore One-Sixth of its Land 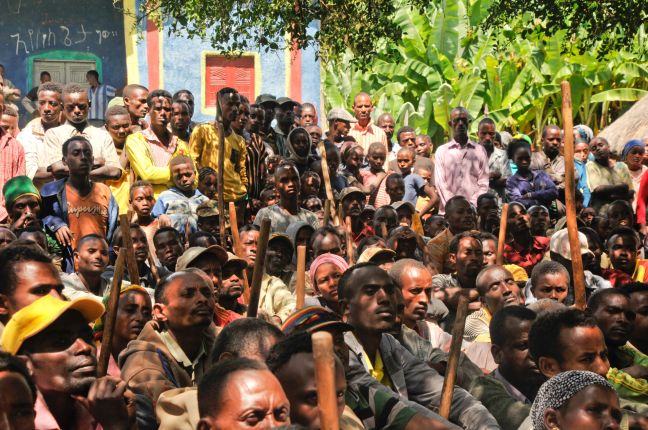 Communities such as this one in the Loka Abaya watershed in Ethiopia’s Rift Valley are the most vulnerable to the impacts of environmental degradation, and are among the communities most enthusiastic about restoring their lands. Photo Credit: Aaron Minnick/WRI.

At the UN Climate Summit last month, an alliance of governments, companies, and civil society issued the New York Declaration on Forests. This declaration includes a pledge to restore 350 million hectares of deforested and degraded landscapes by 2030. Several countries confirmed their commitment to restore millions of hectares of degraded land, with Ethiopia making one of the most significant pledges. The country set a target to restore 15 million hectares of degraded and deforested land into productivity by 2025—that’s one-sixth of the country’s total land area, a swath larger than Bangladesh. The significance of this commitment cannot be overstated. Not only does it position Ethiopia as a global leader in the restoration movement, but following through on this pledge could yield environmental, social, and economic benefits for communities throughout the country.

Ethiopia has traveled a long road to become the restoration leader that it is today, a road not without difficulties. A growing population—and with that, an increased demand for land for food production—led to the loss of nearly 97 percent of Ethiopia’s native forests. This deforestation created ripple effects throughout ecosystems, the economy, and communities. Economic losses caused by the resulting soil degradation, for example, are estimated to be greater than $1 billion annually. In the 1980s, the widespread loss of trees and soil, compounded by drought, led to the disastrous famine of 1984-1985, which killed nearly one million people. Over the past 30 years, using a suite of tools known as Sustainable Land Management (SLM), Ethiopia began rehabilitating these extremely degraded lands. Developed to primarily restore heavily populated agricultural areas, SLM could be adapted and expanded into less populated agricultural, pastoral, and forest landscapes. Ethiopia has since invested heavily in restoring hundreds of thousands of hectares of degraded and deforested land, improving agricultural productivity and enhancing livelihoods of the rural poor.

Learning From the Restoration Success Stories

Tigray is one example of how restoration can improve lands and livelihoods in Ethiopia. The region was once one of the hardest hit by degradation and famine, but is now greener and more food-secure than it’s been in decades. For more than 10 years, villagers of Tigray contributed up to 40 days per year of voluntary labor to dig infiltration pits or construct terraces, stone walls, and other conservation works. Seriously degraded land was set aside for tree-planting and to allow natural regeneration to occur. The systematic management of mountains and hillsides with stone walls and pits—which force rainfall and runoff to infiltrate the ground—helped recharge groundwater levels in the valleys below. With additional water resources, farmers in Tigray could irrigate their crops during the dry season in areas where it was not possible before. The area under irrigation increased from almost 5,000 hectares in 2000 to 30,000 hectares in 2008, and it’s continued to expand since. This helped expand agricultural production even in drought years, providing food security and steady incomes. Since 1991, soil and water conservation activities have been undertaken on 960,000 hectares, and 1.2 million hectares are under exclosures—areas closed off to agricultural or pastoral uses for a selected time period to allow vegetation to reestablish. The vast transformation that’s taken place across East and Central Tigray occurred under very harsh conditions, featuring steep slopes and shallow soils. Determination from the regional government, local communities, and support from donor agencies made it possible.

Yet despite significant progress, millions of hectares of Ethiopian land remain degraded and underutilized. Prime Minister Hailemariam Desalegn’s commitment to restore 15 million of these hectares could be the impetus needed to push Ethiopia’s restoration to a country-wide revolution. Following through on this commitment will require coordination among a variety of actors —including all levels of government across multiple sectors, local communities, universities, and NGOs. We’re already seeing the beginning of that coordination. Last month, Ethiopia’s Ministry of Environment and Forests, WRI, and the Clinton Climate Initiative organized a workshop to identify and map opportunities for forest and landscape restoration. More than 30 government officials and experts on forests, agriculture, economic development, and environmental conservation came together and used a systematic approach developed by the International Union for Conservation of Nature (IUCN) and WRI to assess restoration opportunities across the country. This initial technical workshop successfully identified options for restoration at the national level and key steps that will facilitate scaling them across the country. It also led to the creation of the Restoration Technical Working group, which will support Ethiopia’s national and international commitments. Over the coming months, this group will, in far greater detail, identify, map, and assess opportunities for landscape restoration in Ethiopia. Ethiopia is rising as a leader in restoration. If every nation in the world committed to restoring almost one-sixth of their land as Ethiopia has just done, we would see a greener world with a more stable climate and a more secure food future.

This article originally appeared on Insights.BANNER PHOTO: Caption. Photo by Source (license information here). This work was made possible through support from the International Union for Conservation of Nature (IUCN), UK Government and Federal Ministry for the Environment, Nature Conservation, Building and Nuclear Safety (BMUB).